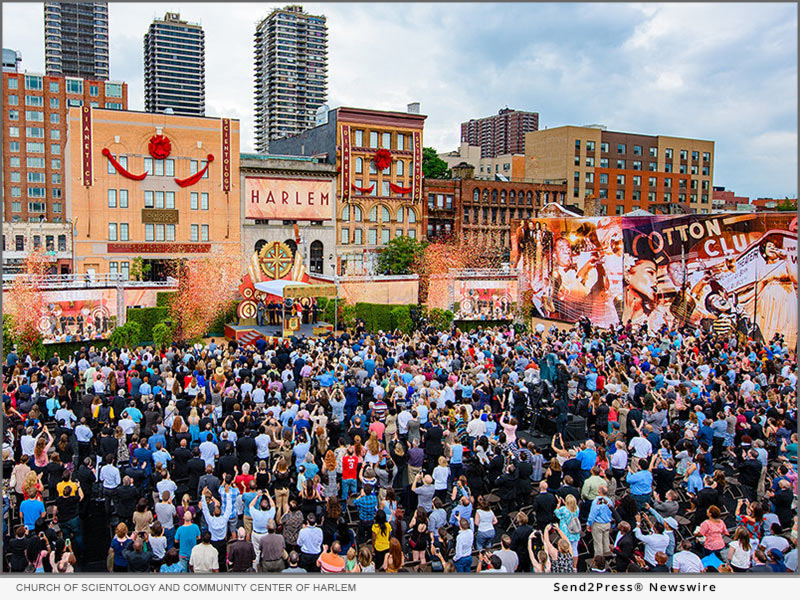 HARLEM, N.Y. /Massachusetts Newswire – National News/ — In honor of the anniversary of the opening of the Church of Scientology and Community Center of Harlem, go behind the scenes with ‘Destination: Scientology’ an original series on the Scientology Network. Harlem has always marched to its own beat – in music, art and fashion – a beat that has reverberated around the world.

“There is nowhere else like Harlem,” said Mr. David Miscavige, ecclesiastical leader of the Scientology religion, when he dedicated the new Church and community center on July 31, 2016. “Your renaissance poets, your playwrights, your painters, your authors and musicians-even a mere recitation of the names is humbling: Duke Ellington, Cab Calloway, Billie Holiday, Claude McKay and Louis Armstrong. What else need one say except ‘excise Harlem from American history and everything turns lukewarm.'”

The staff and parishioners of the Church are equally passionate about Harlem and work each day to strengthen the vibrant community.

“Harlem is the capital of Black America,” says Phil, a staff member at the Church. “We are brothers and sisters in Harlem. It’s a very, very proud community. We have this vibe, this kind of swagger.” Phil loves that “families can come, artists can come, they can get together and create a better community.”

But Harlem also moves to a Latin beat says Sashianna, who describes how “growing up in Harlem is one of the best experiences you can have because you see what a real community is like. We have so much culture, we have so much art. I like to call it ‘we have our own sazón’…our own type of flavor and our own seasoning to whatever we do.”

In Destination Scientology: Harlem, viewers see how the Church has become a hub for this community, offering free tutoring for youngsters, performances by world-class artists, hosting an international delegation of human rights activists, and opening the Church for community activities and interfaith conferences.

The Church of Scientology Harlem is an Ideal Scientology Organization, configured to service Scientologists in their ascent to spiritual freedom and serve as a home for the entire community, a meeting ground of cooperative effort to uplift people of all denominations.

The Scientology Network debuted on March 12, 2018. Since launching, the Scientology Network has been viewed in 240 countries and territories worldwide in 17 languages. Satisfying the curiosity of people about Scientology, the network takes viewers across six continents, spotlighting the everyday lives of Scientologists, showing the Church as a global organization, and presenting its social betterment programs that have touched the lives of millions worldwide. The network also airs documentaries by independent filmmakers who represent a cross-section of cultures and faiths, but share a common purpose of uplifting communities.

Broadcast from Scientology Media Productions, the Church’s global media center in Los Angeles, the Scientology Network is available on DIRECTV channel 320 and can be streamed at Scientology.tv, through satellite television, mobile apps and via the Roku, Amazon Fire and Apple TV platforms.