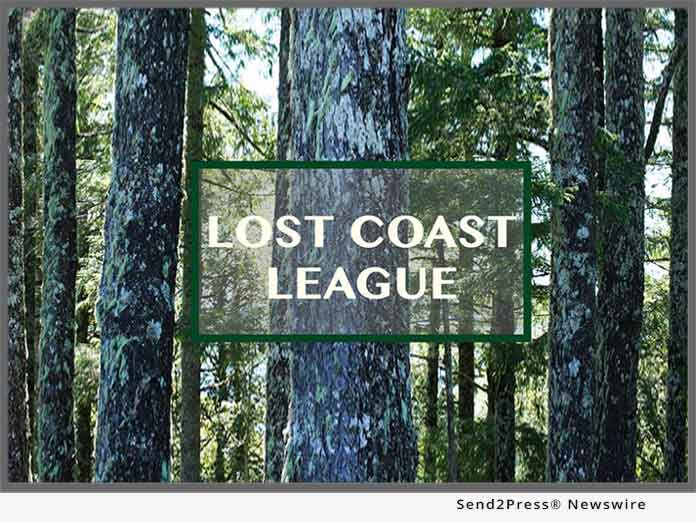 SCS has contracted to review timber companies’ practices for the Forest Stewardship Council (FSC) certification program. Firms awarded certification are allowed to brand their lumber as coming from sustainably managed lands. This can bring companies higher prices per unit at lumber yards and preferred market positions.

In the grievance letter the LCL contends that cutting those old forests is a violation of FSC standards, which restrict “sustainable” production to previously managed forests and prohibit the conversion of old, mature forests to plantations.

Secondly, the LCL letter cites FSC standards that require HRC to “use integrated pest management and silviculture systems which avoid, or aim at eliminating, the use of chemical pesticides,” clearly limiting herbicide use to what LCL terms “extreme and exceptional circumstances.”

To date, however, nearly 25 percent of HRC (and sister company Mendocino Redwood Co, or MRC) holdings have been chemically treated. LCL contends that the timber company is using herbicides well beyond the “extreme and exceptional threshold.” (The HRC/MRC website notes 78,000 acres have been treated with herbicides. But more acres have been treated since the time of that assertion — including some 163 acres of previously un-entered Douglas-fir/mixed hardwood stands at Rainbow Ridge in the Mattole watershed.)

According to LCL President Ellen E. Taylor, “Our efforts to resolve this issue directly with the company have been extensive and fully exhausted. For this reason we seek resolution through the dispute resolution process afforded under SCS and FSC policy.”

The League’s David Simpson added, “There is a wide community interest in seeing the health of the Mattole watershed restored. Since 1980 many resident landowners, together with state and federal agencies, have committed enormous private and public resources to moving the restoration process forward.

“Logging Rainbow Ridge’s native forests cannot qualify as sustainable under any reasonable criteria, especially under FSC’s published standards, and would only serve to set back the gains our community’s restoration efforts have made.”

Filing this letter sets into motion a formal grievance process. SCS has five business days to acknowledge the letter and 14 days to respond as to whether an investigation is warranted and what recourses are available for resolution.

About The Lost Coast League:

Founded in 1961 as the Mattole Action Committee, the Lost Coast League is a grassroots organization made up of working professionals pledged to protect the public trust resources of this unique area. Collectively we believe that conserving what is left of our old growth forests-and restoring the vast majority of lands that have already been damaged-is important not only for our local ecosystem, but for the global community as well.

The Lost Coast is home to a vast number of plant and animal species indigenous and only found in the Pacific Northwest. We work closely with board members and consultants from other local non-profit organizations to maintain wildlife values in this region.

Learn more about LCL at: https://www.lostcoastleague.org/.

This press release was issued on behalf of the news source, who is solely responsible for its accuracy, by Send2Press Newswire. To view the original story, visit: https://www.send2press.com/wire/mattole-residents-file-grievance-over-certification-of-hrc-ancient-forest-logging/