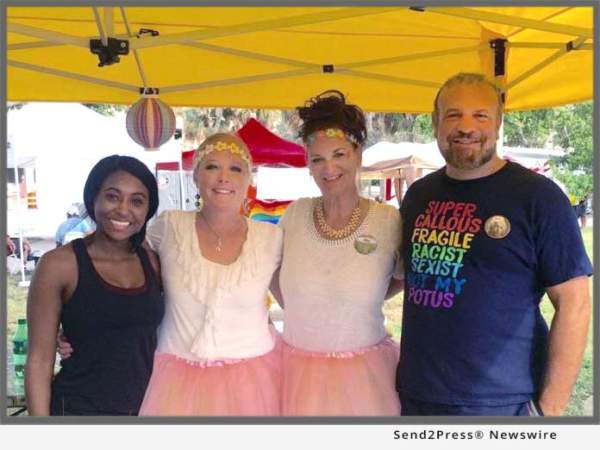 Held at J.D. Hamel Park in Sarasota Florida, the Sarasota Pride Festival drew hundreds of visitors from the Sarasota LGBT community as well as members of the wider Sarasota area. Entitled “Resist & Rise Up,” the event was held to forge stronger community ties, and increase awareness of the Sarasota area LGBT community in a fun and engaging festival. Event sponsors and vendors involved with the festival included dozens of local businesses from a wide variety of industries.

Attorney Bernard Walsh had this to share about the Sarasota Pride Festival: “We have returned as a sponsor of Sarasota Pride year after year. The event has always been lively, and a great time for everyone involved and this year was no different.

“Sarasota Pride has been working to help eliminate prejudice and discrimination, while supporting the defense of human and civil rights for the LGBT community. Given the current political climate, groups like Sarasota Pride are more important than ever. As a civil trial law firm we fully support a fair and just society for all citizens and are proud to aid Sarasota Pride in their efforts to end discrimination and promote a positive image in the Sarasota area.”

The lawyers of Shapiro, Goldman, Babboni, Fernandez & Walsh have more than 100 years of combined Florida legal experience in personal injury, wrongful death and other negligence cases. Our partners have handled more than 10,000 non-fatal and fatal personal injury cases, where death or brain, head, neck, back, spinal cord, shoulder and knee injuries have resulted from car, truck, motorcycle or boat accidents. Attorneys at Shapiro Goldman Babboni Fernandez and Walsh are active and deeply involved in the communities of Bradenton, Sarasota, St. Petersburg, Punta Gorda, Lakeland, Tampa, Venice, Fort Myers, and Englewood.

This press release was issued on behalf of the news source, who is solely responsible for its accuracy, by Send2Press Newswire. To view the original story, visit: https://www.send2press.com/wire/attorneys-bernard-walsh-david-goldman-supported-the-2017-sarasota-pride-festival/