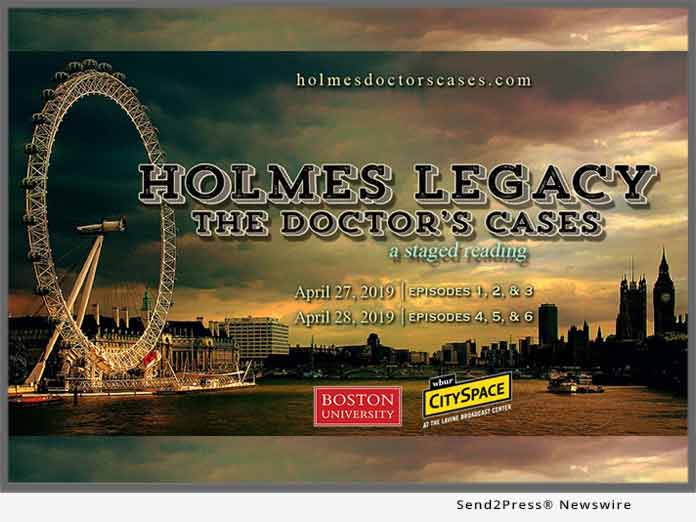 Get free tickets for the event at http://holmesdoctorscases.com/.

The live staged reading will be the culmination of a BU Department of Film & Television course created and led by veteran writer/producer Kam Miller.

The vision? Help a writers room create a first-season TV show based on an existing property.

“I thought the students would enjoy working with Mr. King’s take on the Sherlock Holmes characters and going back to the original works for context and inspiration,” Miller said. “Our show’s set in 2019 and 1975, so it’s a different spin from the other Holmes adaptations we’ve seen since 1887.”

WBUR CitySpace is the new state-of-the-art multimedia venue located at 890 Commonwealth Avenue on Boston University’s campus. CitySpace is the destination to be inspired, entertained, and educated.