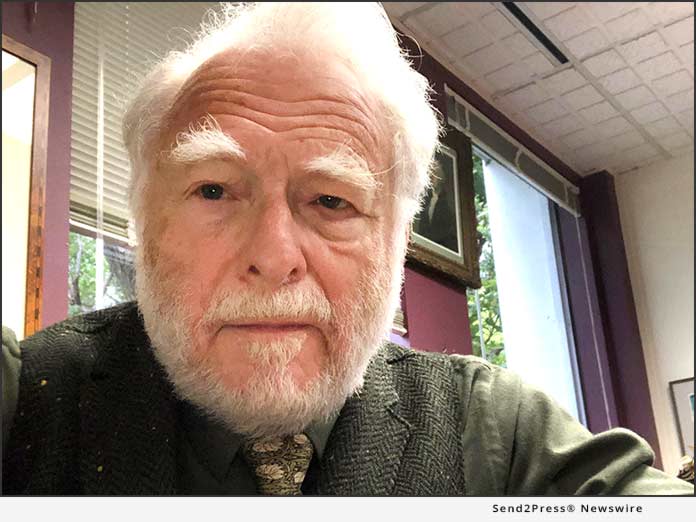 “This is the end of any parental choice or control, even the end of individual medical judgement, regarding State-mandated vaccination,” according to Dr. Harte. “This is authoritarianism, justified by fake science.”

Dr. Harte says, “The ruling class in Sacramento see us as sheep. We are supposed to forget that the first bill proposed and passed by Dr./Sen. Pan and his Big Pharma-paid cronies was simply to ‘educate’ parents. He promised that he would never take away a parent’s right to choose.” He goes on: “And then Dr Pan did just that, he took away a parent’s right to choose, or not, a risk-laden medical procedure, vaccination for their children, allowing only medical exemptions.”

“The most obvious goal of authoritarianism is conformity… obedience.” Dr. Harte observed, “Dr. Pan and his cronies didn’t count on some medical doctors having the intelligence and courage to make their own clinical decisions, attempting to take appropriate action to protect children exhibiting previous vaccine damage, as well as other factors, necessitating vaccine exemption.”

“As expected,” Dr. Harte says, “these real doctors were vilified by corrupt politicians and a crooked press, as ‘selling fraudulent’ exemptions to drum up business.” He goes on: “This is as if all the doctors who are willing to vaccinate every child, regardless of previous and expected damage from vaccines, make no money from visits for vaccines, and for vaccine reactions, that they deny are vaccine reactions. Is Big Pharma making no money on this? And Big Pharma’s billions? Now they terrorize their own licensed medical doctors so they cannot even exempt a child that has already been vaccine-damaged.”

“As dictators throughout history used fake crises, so did Dr. Pan and company,” charges Dr. Harte. “They cite recent ‘measles epidemics’, 127 in 2014 and 67 in 2019, of what used to be considered a normal childhood disease. Not a big deal disease. Not even big deal numbers. And vaccinated children have gotten the disease, from the vaccine. The last verifiable death was in 2003. What crisis?”

“You want to know about a real health crisis?” asks Dr. Harte. “The health of children has declined, precipitously, since the introduction of dozens and dozens of mandated vaccinations. There is no debate or dispute … vaccines contain neuro and immunotoxins, and the very process of vaccination perverts normal immune system function. It is no wonder that the real epidemics among children are autism, Type 1 diabetes, Crohn’s disease, life-threatening allergies, asthma, Guillain-Barre Syndrome and a variety of emotional/psychological disorders… all great business sources for Medicine and Big Pharma.”

“These two new California laws are not based upon science. This is not public service,” declares Dr. Harte. “This is nothing but marketing, of the lowest, sleaziest order. Lowest,” he says, “because the medical industry, bathing in its position of trust and adoration by society, is creating a false sense of danger, while pushing a vaccine that is questionable in its effectiveness, and is certain in its danger.”

Dr. Harte advises: “The State is unconcerned with the health of your children. Vaccination, specifically, and so-called ‘preventative medicine’ is not the road to health. The medical ‘geniuses” don’t get that health is not the lack of disease. Want health? Eat well, rest, exercise, handle stress and keep your nervous system free of interference with regular wellness chiropractic care.”

Dr. Harte finally warns, “This parade of despotic laws is not about public health. It is about control by the State, and financial advantage to Big Pharma, the pediatricians and the politicians that support these anti-liberty bills. Mark my words… the State of California will not stop with children. They will come after us adults next. The evidence? SR58. What medical procedure will be next to be mandated by the State?”

Dr. Harte proclaims: “It is time to speak up for health and for liberty. The minds and bodies of children are getting damaged, directly from a medical procedure, dictated by the State. This is clearly a civil rights issue. The decent, courageous people arrested at the Capital, in protest of SB276 and SB714, are no different than the decent, courageous people who marched with Dr. Martin Luther King, Jr.”

About Dr. Don Harte:
Dr. Don Harte, former medical student, is a principled, traditional chiropractor serving Marin and the Greater Bay Area since 1981. He is an activist in the struggle for free speech for chiropractors. Dr. Harte was named 2006 “Chiropractor of the Year” by the World Chiropractic Alliance (WCA). He has served on the Boards of the WCA and the Council on Chiropractic Practice. His articles have been published in OMNI magazine, San Francisco Chronicle, Chiropractic Journal and Journal of the California Chiropractic Association. More information: https://www.chirodrharte.com/

This press release was issued on behalf of the news source, who is solely responsible for its accuracy, by Send2Press Newswire. To view the original story, visit: https://www.send2press.com/wire/california-vaccine-fascism-is-complete-says-dr-harte/