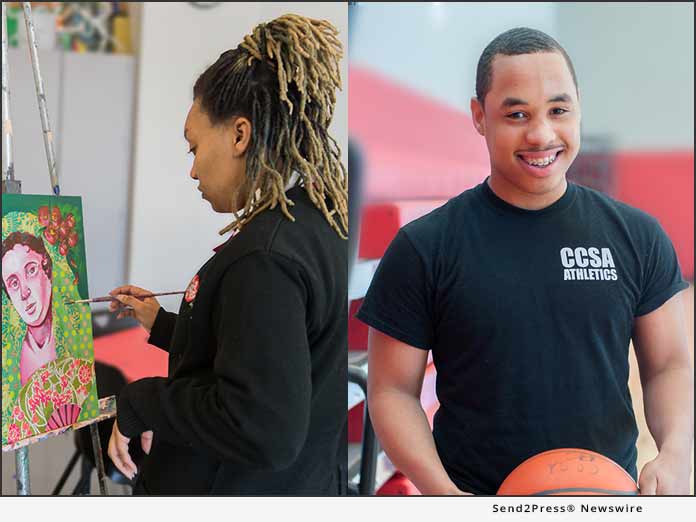 * 100% of CCSA’s 45 seniors will graduate, poised to create a bright new future for themselves, their families and the Chester community.
* Every member of the class has been accepted into a post-secondary education program.

Graduates will pursue a wide range of career paths. Jahbree Ballard, who has attended CCSA since 9th grade, will enter Williamson College of the Trades. “I don’t know where I would be today without my CCSA family,” says Jahbree.

Saayidah Carter is headed to Swarthmore College, where she promises to tackle her academic career with the same “Sabers’ spirit” that guided her through high school.

About CCSA:
CCSA is an arts-integrated, academically rigorous, non-profit public charter school offering an exceptional educational option to children and families in Chester, one of the most under-resourced communities in America. CCSA’s vision is that 100% of its students will graduate, prepared for college, conservatory, technical school, the military or gainful employment.

CCSA was founded in 2012 with 320 students in grades K-6. By adding a grade every year since then, it became a complete K-12 school in September 2019. In 2017, CCSA opened the doors to a new $30 million campus on Highland Avenue in Chester, funded in part through private donations. The beautiful facility now stands as a beacon in the community, sending a powerful message of permanence and hope to Chester’s children and families.

This press release was issued on behalf of the news source, who is solely responsible for its accuracy, by Send2Press Newswire. To view the original story, visit: https://www.send2press.com/wire/chester-charter-scholars-academy-fka-the-chester-charter-school-for-the-arts-will-graduate-its-first-ever-senior-class/

College and Career Expo: Dream It and Be It! 2019 Event at Casita Maria Center for Arts & Education in NYC