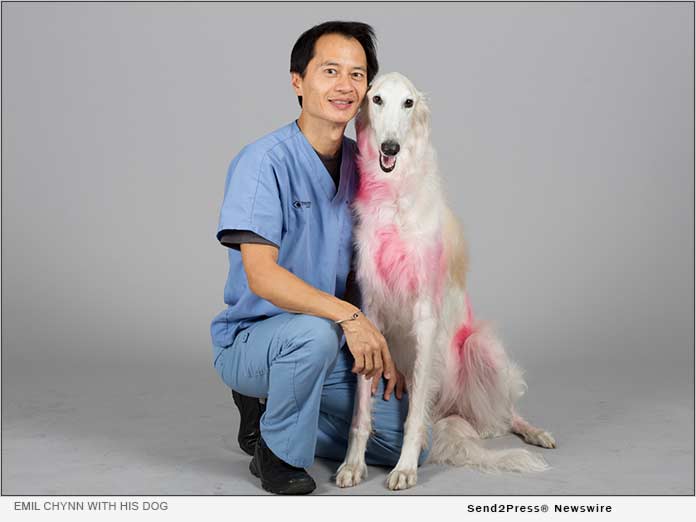 NEW YORK CITY, N.Y., Jan 25, 2021 (SEND2PRESS NEWSWIRE) — Park Avenue LASEK shared today the person behind the continuity of the exuberant NYC Restaurant Week for all these years: Emil Chynn. New York restaurant week is one of the most famous institutions for food enthusiasts in the United States. It provides the opportunity for the average person to enjoy and experience gourmet haute cuisine at famous establishments, many of which have Michelin star ratings, that they would otherwise not be able to afford.

Restaurant week started as a onetime affair for the Democratic National Convention in 1992. It was a great success for all the delegates attending from out of town. Almost nobody knows who had the idea of extending restaurant week to become a permanent annual event. Interestingly, the person who came up with this idea was not a chef, nor a restaurant owner, nor a food critic, rather a prominent eye surgeon who was born in NYC and had an interest in cuisine.

“Why would I, Emil Chynn, be interested in extending restaurant week and putting my life at risk for fellow New Yorkers who are also strangers? Because I am very New York loyal and as a native New Yorker I am committed to doing initiatives to help my community,” he says.

“For example, in the West Village I put up a lending library so that neighbors can borrow, lend, and trade books which was extremely useful during the pandemic because people were at home without normal social interaction. The following is the editorial I wrote to the New York Times which was published on July 15, 1992 with the idea of extending restaurant week to become an everlasting event and this initiative succeeded because it was rapidly adopted by several celebrity chefs.

“This year Restaurant Week is taking on added significance because of the pandemic as New Yorkers have faced a challenge of being the number one hotspot the past spring in terms of death. I was one of the few eye surgeons in Manhattan who kept my office open throughout the pandemic and I believe that New Yorkers need an occasion to cheer themselves up. Therefore, I am supporting Restaurant Week this year by giving coupons to anyone who visits my office for a Free LASEK Consultation to enjoy Restaurant Week on me!”

He adds, “Don’t get me wrong. I’m as glad as the next New Yorker that we put on our best face for the Democratic National Convention. But why can’t some of the great events we came up with be repeated every year?

“Today, for example, I had a memorable lunch at elegant Le Perigord for $19, courtesy of the delegate dine-out program. This evening, I strolled along Fifth Avenue, which was turned briefly into a pedestrian mall, with every museum along Museum Mile free to the public, and street artists and musicians performing on each corner. This, too, was organized for the convention.

“Finally, on my way home, I debated about taking the subway, which was particularly scary just last week. I needn’t have worried. On the platform to greet me were not one but four of New York’s finest.

“I realize these are days of financial constraint. But many of the best events were privately, not publicly, funded. If American Express and Coca-Cola can sponsor the dine-out program this year, why not every year, perhaps on a smaller scale, with more sponsors? Many participating restaurants, I hear, made money on the promotion, with free exposure, to boot. It takes imagination and commitment to improve our city. For the convention, New Yorkers have shown that we have imagination. Now let’s see if our leaders have the commitment. EMIL WILLIAM CHYNN New York, July 15, 1992.”

Based in NYC, NY. Park Avenue LASEK, owned by Emil Chynn, is the largest non-cutting laser vision correction in the United States, and has been featured on CNN, ABC, NBC, CBS, Fox, Discovery Channel, and in the New York Times and Wall Street Journal. He was the first eye surgeon in New York to get LASIK himself, and in 2001 switched to the newer, safer, non-cutting LASEK procedure, and since then has performed about 25,000 LASEKs, which is the most of any surgeon in the United States.

In 2019 Chynn became the first eye surgeon in the world to perform LASEK on himself, which he did to emphasize that this newer, safer, non-cutting procedure that he helped invent while at Harvard is so much safer than the older cutting LASIK procedure that it is possible to laser his own self! He was also the first doctor to arrive at ground zero on 9/11 and was the only medical doctor on that day who set up the triage center and emergency room.

You can see the photographs (which have been exhibited around the world) at https://parkavenuelasek.com/911-volunteer/.

Please contact us for more information and wishing you and loved ones a happy and healthy 2021!

This press release was issued on behalf of the news source, who is solely responsible for its accuracy, by Send2Press Newswire. To view the original story, visit: https://www.send2press.com/wire/eternal-nyc-restaurant-week-doctor-laseks-anecdote/

Most Influential Restaurant Execs 2020: Alan Laird ranked 37 out of 500