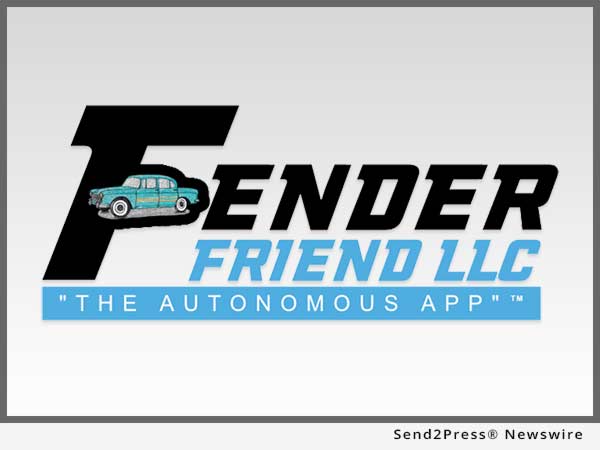 Recognizing the potential for combining the convenience of wireless remote technology with a cellular smartphone to enhance life in a unique way, CEO Rohan Bennett has conceived a clever product invention he has creatively designated the Fender Friend. Bennett already has a Provisional Patent in place.

The app software, wirelessly connected to the car’s computer, would be able to sense an obstacle or other vehicle, and send a command to the vehicle’s brake system to stop — eliminating human error which can potentially save countless lives in an emergency.

The app will also link with a specialized camera sensor to display the area behind the vehicle, so that the user need only look at the phone’s screen for parking assistance. Further assuring that technology adequately compensates, and that the safety bar has been raised.

Simply stated, the Fender Friend is envisioned as a smartphone application that integrates a motor vehicle’s computer system with the app’s software. In this manner, Fender Friend provides a means of infusing older vehicles with certain safety amenities that are germane to newer auto models.

There are several significant benefits and advantages associated with this unique product invention. Foremost, the Fender Friend would provide consumers with an efficient means of enhancing the driving experience, regardless of the age of the vehicle. A creative fusing of wireless remote and cellular smartphone technology, this versatile application would offer a functional communications device that cleverly doubles as onboard vehicle activator.

While many vehicles that are five to ten years old are not equipped with now standard features such as parking assistance and automatic breaking, two necessary safety amenities, the Fender Friend program and system would offer these features to motorists for whom it is not practical to purchase a brand new vehicle.

With this clever system enhanced by additional remote features, a motorist who is informed by a co-worker that her headlights were left on can simply extinguish them with the pressing of a few buttons on her cell phone.

A father who suddenly awakens, worried that he may have left his car unlocked, need only to use Fender Friend to check the security status of his auto, without even getting out of bed. The Fender Friend is an innovative product invention that would bring added security and convenience to busy daily lives the world over. Simple to operate, this handy product would allow users to remotely enhance their car’s computer system to match its functionality with a brand new vehicle.

Affordably priced, the Fender Friend should be well received by the vast majority of motorists, a very sizable market potential.

Even though FENDER FRIEND LLC attained a recommendation from patent agents to move forward with its invention after extensive searches, there was still the ever present factor of prior art – which is the common thread of all inventions – and whether or not the U.S. Patent and Trademark Office (USPTO) would grant it a patent.

With a Provisional Patent already in place, Rohan Bennett then filed a UCC 1, which is a first come first served approach to propriety. This along with perfecting a Security Agreement with his company assures him that he is first in line when it comes to interest in his technology, and perhaps more importantly, lets other potential interests know that he has a commercial lien on it.

Rohan says, “I would like to license this technology to Bosch USA or another major tech/parts player that can develop and introduce my vision to motorists with older vehicles the world over.”

As for a favorite quote Rohan says this one seems appropriate in 2017: “The sun will still shine no matter who is the President” (Barack Obama).

In 2010 Rohan Bennett, who lives in New Rochelle, N.Y., wanted to stream audio and video with his app Tangaru Tunes. This year, Rohan hopes to save lives.

This press release was issued on behalf of the news source, who is solely responsible for its accuracy, by Send2Press Newswire. To view the original story, visit: https://www.send2press.com/wire/fender-friend-llc-offers-autonomous-app-to-licensors-and-automotive-oems/