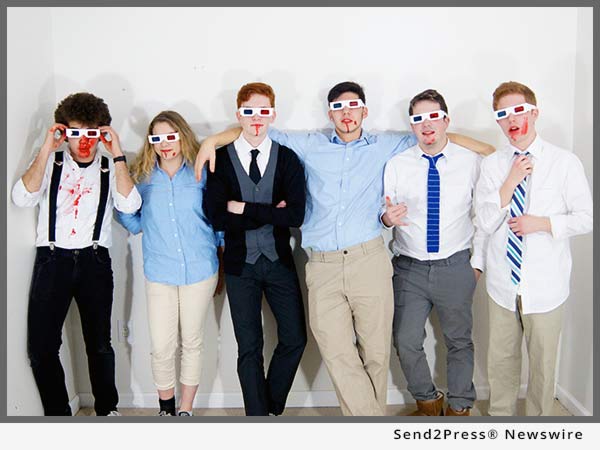 SARATOGA SPRINGS, N.Y., Feb 17, 2017 (SEND2PRESS NEWSWIRE) — Combining the musical swagger of The Strokes, the DIY ethic of Black Flag, and the manic hair on fire delivery of Talking Heads, Delphino is a gritty indie rock band that just wants to get out of the basement and into your heart.

Keeping the punk spirit in mind, over the past year Delphino has gone from playing in friends’ basements and house parties to recording, mixing, and self-distributing their debut album, “Funny Cide,” across New York.

With their debut album freshly out on iTunes, Spotify, Tidal and more, as well as a self-produced music video for their new single “Rot” – an upbeat song that shows the sunnier side of the band’s personality – Delphino is ready to get out there and play anywhere that people want to listen, from fans’ basements to bars and clubs.

They encourage anyone who is interested in hosting a show to email them at: Delphinorockband@gmail.com.

With a mix of influences from The Velvet Underground and Pixies to Wire, “Funny Cide” is sure to charm and excite anyone with a passion for the underground music scene.

The album has 11 tracks: Don’t Wake Me Up; I Miss the Dog Most; Lately; Expections; Funny Cide; Rot; Take Me Home; The Greatest’ Tephaphobia; Holiday and Aliens.

High spirited with a garage vibe, Delphino isn’t so much ready to rock your world, but light you on fire and throw you down the stairs.

This press release was issued on behalf of the news source, who is solely responsible for its accuracy, by Send2Press Newswire. To view the original story, visit: https://www.send2press.com/wire/delphino-releases-first-album-funny-cide/