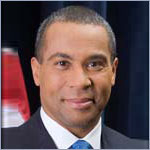 The $11.7 million Route 2 project in Orange is reconstructing and making safety improvements along 5 miles of Route 2, including rehabilitating and widening the Route 2 Bridge over Route 122. The project is funded by the American Recovery and Reinvestment Act (ARRA).

The Patrick-Murray Administration’s MassDOT is widening the shoulder, extending the existing climbing lanes, and improving the acceleration and deceleration lanes and the alignments at various on/off ramps. In addition, the Route 2 Bridge over Route 122 will be widened and the superstructure replaced to accommodate the proposed widened climbing lane.

“The Route 2 projects are making lasting improvements to a vital corridor and are just some of the hundreds of infrastructure projects underway now to reverse the decades of neglect we inherited,” said Governor Patrick. “My Administration is focused on creating jobs, fostering economic development and strengthening public safety right here in Orange and in every community in the Commonwealth. That’s what governing for the long term is all about.”

“The Orange Route 2 safety improvements are precisely the type of highway project that the American Recovery and Reinvestment Act was intended to fund,” said Congressman John Olver. “This shovel ready project, championed by community members, has been sitting on the shelf for years awaiting funding. It will create jobs, build upon the Route 2 safety improvements that have already been completed, and dramatically increase the safety of travelers along this scenic route.”

“The six projects ongoing along Route 2 include investments not only from federal stimulus but also our statewide road and bridge repair program and Governor Patrick’s historic Accelerated Bridge Program,” said MassDOT Transportation Secretary Jeff Mullan. “We are completing hundreds of projects this year alone, representing a $1 billion investment in our future.”

The Route 2 project in Orange, scheduled for completion in 2012, is among six projects in MassDOT’s Route 2 Safety Improvement Initiative. For several years, MassDOT has partnered with the Route 2 Task force to implement improvements along the entire corridor, working from a regional perspective to reach consensus among the communities about how the corridor should look as a whole.

•$2.5M reconstruction of Route 2 in Erving from River Road to Old Route 2.

•$1.5M construction of a new bridge carrying Route 2 over Lake Rohunta from Athol to Orange.

•$2.9M ARRA project for the resurfacing of Route 2 and other improvements in Erving, Gill, Orange, and Wendell.

•$5.3M reconstruction of two Route 2 bridges in Erving over Route 63 and the New England Central Railroad.

•The innovative $3.1M design/build ABP bridge replacement of Route 2 over Route 2A in Phillipston.

“I am thrilled that this money is being allocated to road and bridge projects along Route 2. This road is one of the main roads through my district and I travel it often. I am excited that this money will be used to improve infrastructure and increase the safety of travel along this route,” said Senator Stephen Brewer.

“Route 2 is vital to the prosperity of western Massachusetts and it is imperative that all levels of government work together to make it as safe as possible. I am pleased to be here today to highlight the progress we’ve made so far and to rededicate ourselves to the work that’s ongoing,” said Senator Stanley C. Rosenberg.

“Governor Patrick deserves the thanks of this entire region. After years of dragging along, he has moved Rt. 2 reconstruction ahead of schedule creating jobs, enhancing safety and making this area more attractive for business development. Governor Patrick’s leadership is helping our communities,” said Representative Christopher J. Donelan.

“I want to thank Congressman Olver and Governor Patrick for their advocacy and efforts in obtaining this funding for these important parts of the overall project. I am hopeful that protective fencing on the bridges can be included as part of this project for the safety of all motorists,” said Representative Anne M. Gobi.

“Route 2 is a major transportation link for western Massachusetts, and these improvements are a worthy investment that will enhance public safety, stimulate our economy, and provide better travel conditions for the public,” said Representative Stephen Kulik.

The statewide road and bridge program combined with the eight-year, $3 billion Accelerated Bridge Program and federal stimulus funds have more than doubled the Commonwealth’s investment in roads and bridges from $515 million in FY2007 to a projected $1.085 in FY2010.

The combined road and bridge construction program will support more than 10,000 jobs on 385 separate projects across the Commonwealth.

The road and bridge projects are a part of the more than $4 billion infrastructure investments being made as part of the Administration’s Massachusetts Works initiative to put nearly 20,000 people to work across the Commonwealth this construction season.