BOSTON, Mass. /Massachusetts Newswire/ — Utah-based Simplifile, a leading provider of real estate document collaboration and recording technologies for lenders, settlement agents, and counties, announced that it is now electronically recording Land Court documents in the Commonwealth of Massachusetts for the first time. 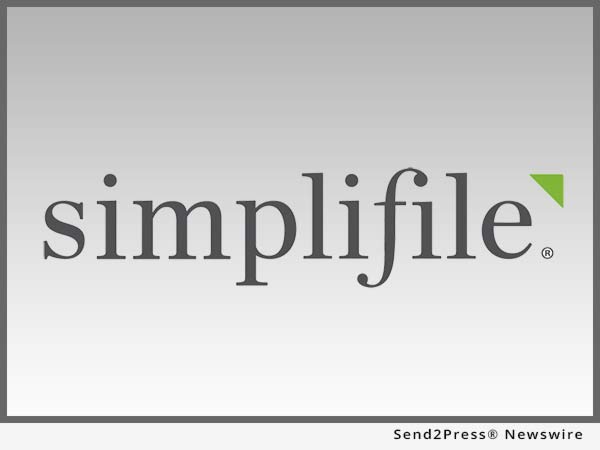 Hampden County, Norfolk County, and Southern Essex District were the first Massachusetts jurisdictions to record Land Court documents on April 12. All three jurisdictions have been e-recording recorded land documents for years and were eager to extend the benefits of e-recording to the Land Court.

“In 2004, the Hampden County Registry of Deeds was the first governmental agency on the east coast to perform an electronic recording. On April 12, 2017, we once again made history by being the first registry in the Commonwealth of Massachusetts to record a registered land document,” said Hampden County Register of Deeds Donald E. Ashe. “These historic events would not be possible without Simplifile’s hard work, dedication, and innovation in the field of electronic recording of documents.”

E-recording enables document submitters to avoid the time and expense of mailing documents or making a trip to the registry of deeds. Instead, they can scan and securely submit documents directly from their home or office.

“Simplifile has been helping Massachusetts jurisdictions e-record documents related to recorded land since 2007,” said Paul Clifford, president of Simplifile. “Registers of deeds throughout the commonwealth have come to appreciate the efficiency, cost savings and customer service benefits of e-recording – and now they can apply those benefits across their recording workload.”

More than 1,606 recording offices throughout the United States now record deeds, mortgages, and other documents electronically using Simplifile. For an up-to-date list of all jurisdictions currently e-recording with Simplifile, visit https://simplifile.com/e-recording-counties.

Simplifile, the nation’s largest e-recording network, was founded in 2000 to connect settlement agents and county recorders via its e-recording service. Today Simplifile has broadened its services to include collaboration tools and post-closing visibility for mortgage lenders and settlement agents working together on real estate documents. Through Simplifile, users can securely record, share, and track documents, data, and fees with ease.