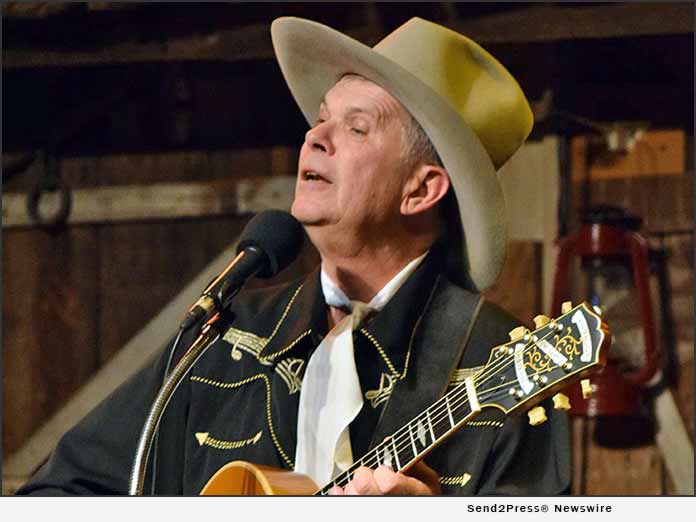 Unlike a typical concert, the Grand Ole Opry Style presents several artists giving the audience a variety of music and a sample of each artist’s musical style. This Tribute to Bill Bassett will include 20 different performers whose exceptional talents will make this a memorable afternoon.

The fast-paced opening hour will highlight more than a dozen popular musicians, each performing one or two selections of well-known country, folk, pop, and jazz favorites. Reno and Sheila McCormick will perform authentic, down-to earth country, western and bluegrass featuring his strong vocals and hot flatpicking on the Martin guitar.

Ron McLain follows with his repertoire of country, folk, blues, and love songs from the 30’s to the present. Singer and fiddle/violinist Sonja Whisman will be joined by bass guitarist, Marty Thrifty, vocalist Kathi Belucci, and guitarist Lee Zimmer to present standards and a classic pop instrumental. Singer/songwriters, Larry and Leslie Latour, will perform their original life-story songs and heart-warming two-part harmonies. Gary Simpkins, who rounds out the first have, was a part of the 60’s folk-rock scene in New York, Connecticut and Massachusetts, and since the 80’s has been playing folk festivals and shows throughout the region.

The second half will feature the music of the Blazin’ M Ranch singing cowboy, Bill Bassett. As a young boy growing up in Seattle Washington, Bill imagined himself a singing cowboy when, at the age of 6, he wrote his first song, “Six White Horses.” Bill honed his craft writing, recording and playing in clubs and at concerts, eventually making the move to Nashville, and toured the country supporting many country legends. In 2005 Bill joined the Blazin’ M Ranch where, for 15 years was the Master of Ceremonies and leader of the Blazin’ M Singing Cowboys through nightly shows.

Bill interprets songs in a way that brings out the joy, heartbreak, humor and pathos of life. He was inducted along with Jim and Jeanne Martin into the Greater Arizona Country and Western Swing Association Hall of Fame in 2018. Bill perform some of his original songs. He will be backed up by the Bill Bassett Ensemble. On bass guitar will be Tommy Anderson who is founder of the Jerome Ukulele Orchestra. Dave Rentz on percussion and drums has provided the beat for over 30 local bands in his 40-year music career. Eric Williams, on piano and saxophone, has been a Verde Valley entertainer for many years. Rounding out the Ensemble will be Reno McCormick who started his musical career when he won the band contest at Bill Monroe’s Bean Blossom Festival in 1977.

For additional information and to purchase tickets, visit the website at https://www.pecpaf.com/

This press release was issued on behalf of the news source, who is solely responsible for its accuracy, by Send2Press Newswire. To view the original story, visit: https://www.send2press.com/wire/arizona-grand-ole-opry-tribute-to-bill-bassett/