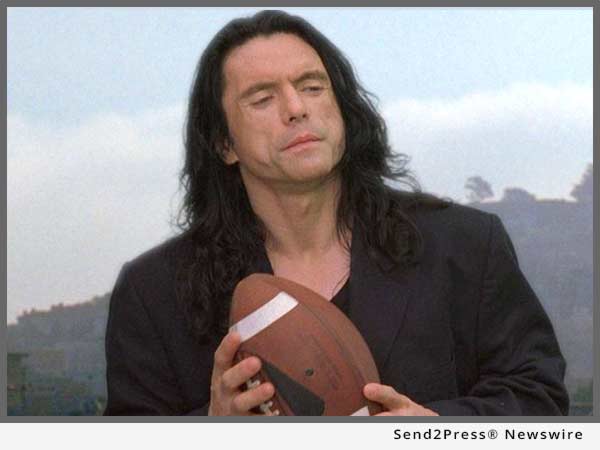 LOS ANGELES, Calif., Nov 22, 2016 (SEND2PRESS NEWSWIRE) — With Thanksgiving on the near horizon, FilmSnobbery decided to serve up another type of turkey: in this case, the cinematic variety, with a seasonal celebration of the worst films of all time. And in a survey of approximately 100 filmmakers, critics, historians and performers, the choice for the worst film of all time went to Tommy Wiseau’s utterly astonishing 2003 production “The Room.”

“In the history of motion pictures, there is nothing like Tommy Wiseau’s anti-classic,” declared Phil Hall, managing editor at FilmSnobbery.com and author of the books “The Greatest Bad Movies of All Time” and “In Search in Lost Films.”

“From the visceral ineptitude of the acting to the utter incoherence of the screenplay to a lethal assault of bizarre imagery to Wiseau’s brilliantly ridiculous on-screen persona, ‘The Room’ takes the cake and the whole bakery, too! It doesn’t get better – or badder – than this!”

For the Top 10 Worst Films of All Time, the FilmSnobbery survey came up with these delicious big screen turkeys:

The complete list of the FilmSnobbery survey of worst films is available at http://filmsnobbery.com/.

Founded in 2009, FilmSnobbery helps filmmakers promote their work and find their audience. This online resource features original reviews and interviews plus news on festivals and screenings and links to cinematic podcasts.

This press release was issued on behalf of the news source, who is solely responsible for its accuracy, by Send2Press Newswire. To view the original story, visit: https://www.send2press.com/wire/tommy-wiseaus-the-room-named-worst-film-ever-by-filmsnobbery-survey-of-cinema-experts/