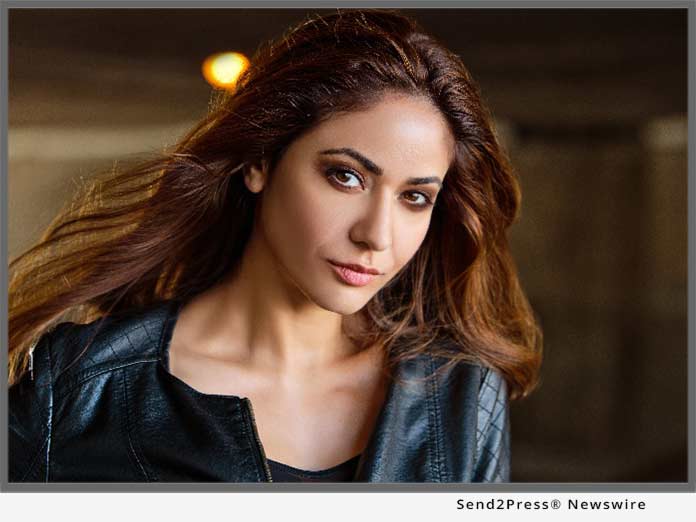 LOS ANGELES, Calif., Nov 02, 2018 (SEND2PRESS NEWSWIRE) — “I’m a woman … living in the 21st century. My existence is not a crime, and it’s not for trade. I have the right to choose, and my choice is freedom, liberty, and persistence,” says Golsa Sarabi an international actress and a business entrepreneur. Being a woman means to have strength, to stand up, and to fight! To fight for freedom, for equality and for change. You are not alone … I’m standing with you.

Learn about Golsa Sarabi at: https://golsasarabi.com/

In 539 B.C., the armies of Cyrus the Great (the first king of ancient Persia) conquered the city of Babylon. Cyrus the Great freed the slaves and declared that all people had the right to choose their own religion and established racial equality. These were recorded on a baked-clay cylinder in the Akkadian language with cuneiform script.

Today, the Cyrus Cylinder has been recognized as the world’s first charter of human rights and is translated into all six official languages of the United Nations and its provisions parallel the first four Articles of the Universal Declaration of Human Rights.

“But, unfortunately women in Iran have been repressed by the Iranian regime for the past 40 years, and despite the rich and strong history that this country and these people have, all the human rights have been taken away from people by the government!” says Sarabi.

“Now is the time that we see so many brave women standing up to fight for their freedom of choice and finding their true identities.”

Golsa Sarabi is an international actress and a business entrepreneur. She was born in Tehran, Iran. She has lived in Iran, Sweden, Canada and currently lives in Los Angeles, CA. Golsa has a diverse experience in performing arts, which includes film, stage, producing and script writing. She played one of the lead roles in her most recent movie “Dreams I Never Had.”

Golsa was the first winner of the “Young Acting Award” at the “Lee Strasberg institute” in Los Angeles, where she completed a two-year intensive method acting program. She won the Award at the “Queen of the Universe Pageant,” motivated by the desire to empower women. She’s been always passionate about human rights and subjects related to women’s rights in Iran, and currently is working on her next acting projects, that are related to the same subjects.

Learn more about Golsa at: https://golsasarabi.com/

This press release was issued on behalf of the news source, who is solely responsible for its accuracy, by Send2Press Newswire. To view the original story, visit: https://www.send2press.com/wire/womens-rights-for-life-iranian-womens-movement-for-freedom-of-choice/