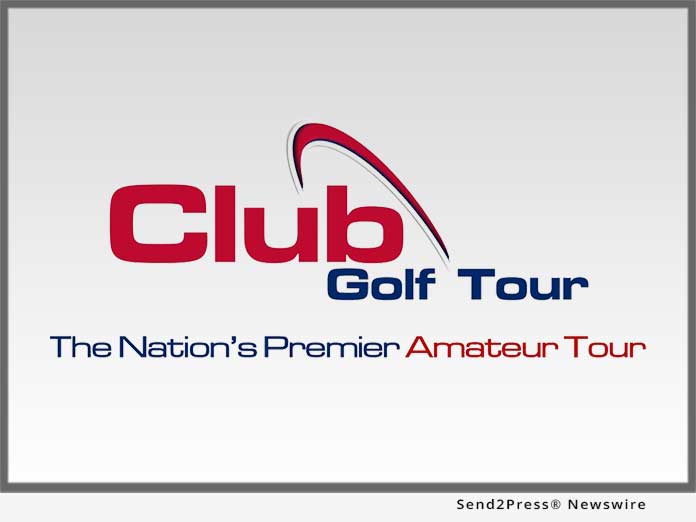 PALM BEACH GARDENS, Fla., Sep 27, 2017 (SEND2PRESS NEWSWIRE) — Club Golf Tour LLC has announced the launch of the Club Golf Tour, one of the most exciting golf tour formats in the world. Open to an estimated 26 million amateur golfers in the U.S. regardless of their handicaps or genders, the Tour’s unique format will allow players nationwide to select their own time and location to play a round of golf – enabling players to compete against each other despite not being able to play at the same time/event or venue.

The PGA TOUR(R)’s TPC Network(R) of clubs will host all Club Golf Tour events. Top performing golfers will become eligible to compete in Regional tournaments in the fall, with the top six players from each of the various flights and divisions qualifying for a six-day, all-expenses paid trip to Las Vegas for the chance to compete in the season-ending Vegas Million Dollar Challenge at TPC(R) Las Vegas – featuring $1,075,000 hole-in-one cash prizes.

“This distinctive tournament format for amateur golfers will not only revolutionize the way golfers from across the U.S. can compete, but will also serve as an outstanding platform for raising funds for American heroes and their families,” said Club Golf Tour LLC CEO, Morne van Rensburg. “The message behind the Tour is simple: Everyone has the ability to make a positive impact and inspire change.”

Participants will compete in a variety of flights and divisions, ranging from USGA(R)-affiliated members to players with no official golf club affiliation or handicap.

For more information about joining the Club Golf Tour, or to learn more about Tour details, dates and sponsorship opportunities, please visit https://www.clubgolftour.com/.

Coinciding with the announcement, Birdies for the Brave(R) has been named the exclusive beneficiary of charitable proceeds resulting from fundraising activities associated with the Tour. Proudly supported by the PGA TOUR(R), Birdies for the Brave(R) is a national military outreach of PGA TOUR Charities(R), Inc., a 501(c)(3) charitable organization, which is dedicated to honoring and showing appreciation to the courageous members of our U.S. Armed Forces and their families.

Birdies for the Brave(R) was originally created in 2006 by PGA TOUR(R) player Phil Mickelson and his wife, Amy, to support combat-wounded veterans. The PGA TOUR(R) subsequently adopted the program, and expanded it to include a wide variety of military outreach and appreciation activities during more than 80 tournaments on the PGA TOUR(R), PGA TOUR Champions(R) and Web.com Tour(R). Birdies for the Brave(R) also conducts a series of fundraising events at TPC(R) clubs nationwide – an effort that has raised more than $17 million for 11 military homefront charities that provide critical programs and services to meet the needs of military members, veterans and their families.

This press release was issued on behalf of the news source, who is solely responsible for its accuracy, by Send2Press Newswire. To view the original story, visit: https://www.send2press.com/wire/club-golf-tour-enables-u-s-amateur-golfers-to-compete-at-tpc-clubs-nationwide-birdies-for-the-brave-named-exclusive-charitable-beneficiary/