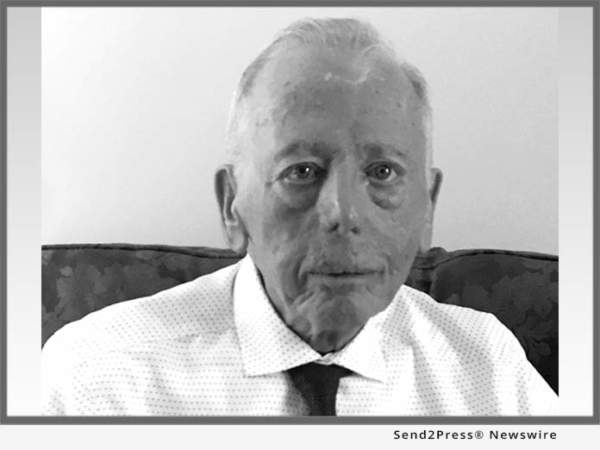 KESWICK, Va., Nov 14, 2017 (SEND2PRESS NEWSWIRE) — With 25 years of research involving primarily the cardiovascular complications of spaceflight and more recently of the moon walkers, particularly Neil Armstrong on his historic mission and James Irwin (Apollo 15), extraordinary findings were discovered. Both had vascular complications, triggered by inhalation of deadly iron-laden dust. Author Dr. William J. Rowe has applied this information as to how this can be utilized for underlying mechanisms of hypertension on earth, triggered by iron-laden brake dust.

This concept will be presented at the Innovate Biotech 2017, November 29, 30, Brisbane, Australia.

Based on his studies of the moon walkers, primarily those of Neil Armstrong and James Irwin, Dr. William J. Rowe, former assistant clinical professor of Medicine, Medical University of Ohio at Toledo, concluded that inhalation of highly toxic lunar iron-laden dust can contribute to extraordinary hypertension.

In an editorial, published recently in the Journal of Hypertension and Management, Dr. Rowe published that iron dust inhalation contributed to Armstrong’s extraordinary diastolic blood pressure ( 160/135 ) on Earth return, consistent with impairment of cardiac function; his high adrenaline -heart failure during his lunar walk, undoubtedly played a role.

On the other hand Irwin, with a history of hypertension a month before his mission (145/ 110), returned with a bicycle stress test of 275/125 after only 3 minutes of exercise; furthermore on return, Irwin showed stress test – “blue finger nails” consistent with vascular injuries.

Since at least a third of the world’s population has hypertension – with very recent studies showing that with present guidelines, among Americans, hypertension may actually exist in a half of the population, urban pollution problems must be vigorously addressed. Also, a European study has shown that 12 year old children may have hypertension from iron inhalation with often persistence of hypertension to adulthood.

Inhalation of brake iron dust may simulate the highly toxic lunar dust inhalation with at least 90 percent of brakes made with iron. In China, Dr. Rowe’s experience of having seen not over 10 cars a day in Beijing in 1988 with no obvious pollution and his return to Beijing in 2011 with inability to see the street from his 9th. Floor hotel room is very disturbing.

Furthermore the toxicity of iron brakes is growing but in comparison with global warming, there isn’t the necessity of waiting 50 years before determining how great the danger might be.

This press release was issued on behalf of the news source, who is solely responsible for its accuracy, by Send2Press Newswire. To view the original story, visit: https://www.send2press.com/wire/iron-dust-from-brakes-and-worldwide-magnesium-deficiencies-are-contributing-to-hypertension/