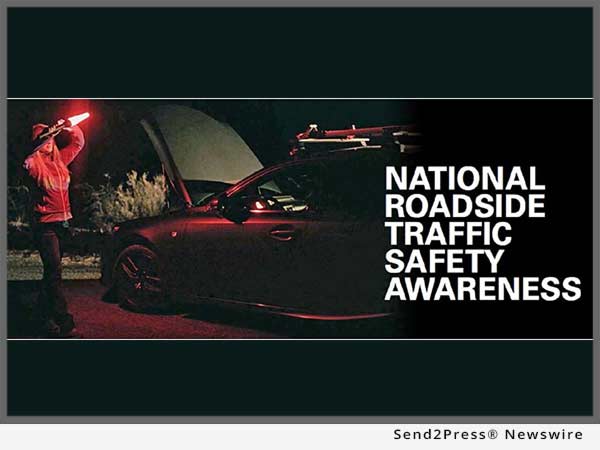 ONTARIO, Calif., Jun 29, 2017 (SEND2PRESS NEWSWIRE) — Mag Instrument (MAGLITE) wants motorists and pedestrians to be extra vigilant to save lives during the “vacation months” – July through October – which are the most dangerous months the year for traffic fatalities. So MAGLITE is launching a dedicated web page, and promoting a public education campaign, in observance of the newly minted National Roadside Traffic Safety Awareness Month.

The goal is to reduce fatalities and injuries that occur on our roads and highways in vehicle traffic accidents, especially among pedestrians, who are far likelier to be fatally struck by vehicles at night than in the daytime.

National Highway Traffic Safety Administration (NHTSA) data indicate that three of the four deadliest holiday weekends occur during the “vacation months” – Memorial Day, Fourth of July, and Labor Day Weekends. And while alcohol-impaired driving is a factor in 29 percent of fatal crashes overall, the rate at which a drunk driver is involved rises significantly on those holiday weekends.

The “vacation months” are also a time for special caution at night. Despite traffic volumes being far lower at night than in the daytime, more than 1/3rd of all fatal crashes occur during the hours of dusk, darkness and dawn. And crashes at night are significantly deadlier than daytime crashes: In the hours from 6 p.m. to 6 a.m., the rate of fatalities (per 1,000 crashes) is more than double the daytime rate, rising to nearly 4 times the daytime rate for crashes occurring in the after-midnight hours. And the later it gets, the more often alcohol plays a role: In after-midnight crashes, the likelihood of alcohol-impaired driver involvement rises to nearly 60 percent (compared to about 15 percent in the noon-to-3 p.m. time frame).

The NHTSA defines a pedestrian as anybody who is not in a vehicle – whether it’s somebody just traveling in or near a road on foot or somebody who has gotten out of a vehicle on or near a road (e.g., because of a breakdown or a fender-bender). Pedestrians are especially vulnerable at night. Of the 5,376 pedestrians killed by vehicles in 2015 (amounting to 15 percent of all vehicle fatalities), 74 percent were struck at night (rising to 78 percent if you include dusk and dawn accidents).

When a car becomes disabled at night it is a much more dangerous situation then during the daylight hours due to the reduced visibility. A good flashlight with a traffic/safety wand (a plastic cone that fits on the flashlight and glows when the light is turned on), is an important safety item for anyone who drives at night, and even more important for anybody who walks along a road at night.

A series of statistics about the dangers faced by both drivers and pedestrians, and a series of life saving tips to avoid becoming a statistic of roadside dangers, is available at the National Roadside Traffic Safety Awareness web page at http://www.nrtsa.org/.

Additionally, MAGLITE will be offering flashlights, traffic/safety wands, and mounting brackets through the http://maglite.com/ website.

This press release was issued on behalf of the news source, who is solely responsible for its accuracy, by Send2Press Newswire. To view the original story, visit: https://www.send2press.com/wire/maglite-declares-july-as-national-roadside-traffic-safety-awareness-month/