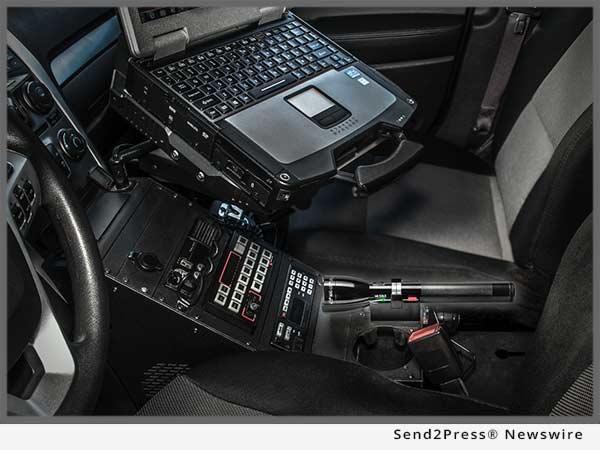 ONTARIO, Calif., May 09, 2017 (SEND2PRESS NEWSWIRE) — Mag Instrument, Inc., the world leader in flashlight technology, will introduce its most powerful flashlight yet — the rechargeable ML150 LR(TM). Despite its mid-size (C-cell format) dimensions, the ML150LR(TM) generates a stunning 1,000 lumens* and achieves a beam distance of over a quarter-mile. And thanks to multiple power settings and critical efficiency innovations, it can run for up to 75 hours on a single charge of its state-of-the-art Lithium Iron Phosphate (LiFePO4) battery.

In achieving this performance milestone, Mag Instrument’s research and development team started by tackling a long-known problem: An LED light engine must be kept cool to run efficiently, and poor heat dissipation is a serious performance-limiting factor with high-output LEDs. The solution, newly patented by Mag Instrument, is an integral heat-sinking technology that quickly drains heat from the LED.

According to Tony Maglica, president and founder of Mag Instrument, “The new MAGLITE(R) ML150LR(TM) is the first flashlight to embody this new heat sink technology, and the performance results are spectacular – a real breakthrough. But still, let’s not forget optics. While many flashlight brands tout their high lumen outputs, that doesn’t get you very far unless you also have the superior beam-forming optics needed to shape all that light into a versatile, focusable and effective beam that puts the light where the user needs it. A flashlight should be a powerful, manageable, durable, dependable portable light source that is long-lasting. This new flashlight checks all the boxes magnificently.”

Other standard features of the ML150LR(TM) include:
• A versatile charging cradle that can be powered from a standard wall outlet or the 12-volt DC electrical system in a vehicle.
• Multiple power settings to control light output and battery burn rate.
• IPX4 water resistance.
• An advanced user interface with five available functions, custom-configurable to suit the individual user’s preferences.

Check out the legendary MAGLITE(R) flashlights, known for their unsurpassed quality, performance and durability, including the ML150LR(TM). Learn more at: http://maglite.com/.

This press release was issued on behalf of the news source, who is solely responsible for its accuracy, by Send2Press Newswire. To view the original story, visit: https://www.send2press.com/wire/the-maglite-ml150lr-led-flashlight-rechargeable-system-the-brightest-farthest-reaching-light-weve-ever-introduced/