ANDOVER, Mass. /Massachusetts Newswire/ — Napatech today announces support for Fiber Channel over Ethernet also known as FCoE for the NT family of 1 Gbps and 10 Gbps high-performance network adapters. The new Napatech FCoE implementation is an integral part of later releases and is now in the field. By merging IP and Fiber Channel traffic over the same Ethernet, large server farms can reduce the number of adapters and cabling to half in the best case. The Napatech NT family of programmable adapters can now be used for monitoring this combined traffic. 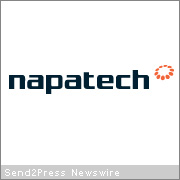 The Napatech adapters support the FCoE standard by being able to filter, time-stamp and capture FCoE frames at line speed without packet loss. The main features and benefits of combining a Napatech Programmable Ethernet Adapter with FCoE support are:

* Very accurate time stamp resolution of 10 nanoseconds, in six different formats
* Very low CPU utilization, below 1 percent
* Utilization of many of the advanced Napatech Network Adapter features
* Distribution of network frames to 1-32 host CPU cores
* Use of up to 64 advanced adapter hardware filters

“The new support for FCoE allows our OEM customers with network monitoring solutions to enter large datacenters or server farms that have implemented combined IP and Fiber Channel traffic. By having the same comprehensive API with the many filtering capabilities as our current Programmable Ethernet Adapters, this greatly expands the reach of these solutions,” says Nick Arraje, VP of Sales, North America.

The main driver for combining the two types of traffic onto one Ethernet is cost. Standard switches and routers can be used in the Datacenter infrastructure; and with the new Napatech support for FCoE, the need for two monitoring devices or two Data Capture devices is eliminated.

Chelsea Lighting Celebrates Over 25 Years with Expansion in New York