WESTFIELD, Mass. /Massachusetts Newswire/ — SunBug Solar, a Massachusetts solar energy provider with offices in Westfield and Arlington Mass., is pleased to announce the installation of its 2,000th customer. John Hoogstraten and Eileen Keegan, a couple residing in Williamsburg, Mass., are SunBug’s 2,000th clients, having gone solar not once, but twice. 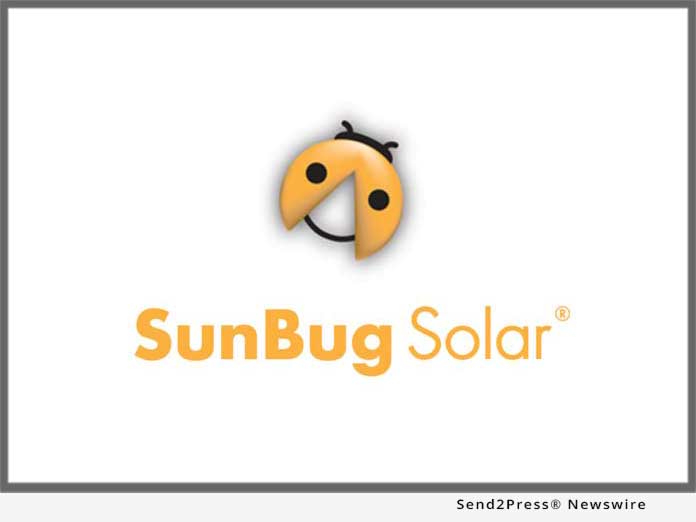 Hoogstraten,​ a semi-retired contractor, was skeptical at first when first introduced to photovoltaic (PV) solar through the Solarize Mass program in 2014. The program, run by the Massachusetts Clean Energy Center, helps municipalities design, promote, and execute limited- time group programs that educate residents on the benefits of green energy while offering them discounts on installations. Keegan encouraged her husband to overcome that initial skepticism and look into the matter further.

“I figured there was no harm in learning more, so I went to one of their information sessions,” said Hoogstraten. “I signed up for a site assessment and we ran the numbers.”

When John and Eileen realized that the system would pay for itself in about seven years, they began the process to have his first solar energy system installed. They chose to invest in a plan that would deliver just enough energy to meet their home’s consumption.

The system proved profitable for the energy needs of their home, but only when supplemented with the firewood John chops himself. Because John and Eileen plan to age-in-place, and are looking toward a time when chopping wood is no longer feasible nor desirable. Their plan to add air source heat pumps (ASHPs) for heating meant their electric load would increase, and wanted to add additional PV so as to avoid as much fossil fuel use as possible.

Again, through MassCEC they learned about the Solar Access Program, an effort to help homeowners install ASHPs in conjunction with solar. While they did not initially qualify, Dan Britton, a member of the residential solar design team at SunBug’s Westfield location encouraged them to not give up. They might qualify in the next calendar year.

“They mentioned they were entering semi-retirement and expected their 2019 income might qualify, so I suggested they can re-apply after they file their 2019 taxes,” said Britton.

By March of this year, John and Eileen confirmed their eligibility and the conversation with SunBug continued.

In the end, they opted for an additional 2.5 kW of roof mounted solar and a Tesla Powerwall battery for backup for when the grid goes down. SunBug system designer Dan Britton said it was a clear choice. “We decided to add a battery backup because all of the stars were in alignment: they have a dry, clean basement with space for a battery adjacent to their electric panel, they can include the battery system in the Mass Solar Loan to get additional income-based loan support, they can take advantage of the adder for batteries in the state’s SMART solar incentive, and they can opt in to the utility’s Connected Solutions program to get additional revenue to offset the battery cost.”

SunBug is thrilled to be able to count such committed renewable energy enthusiasts at their 2000th customer, and as a show of appreciation is happily discounting the ​couple​ $2000 off their new solar electric system. ​”That discount will be an enormous help to us as we implement these enhancements to our home and quality of life,” said Hoogstraten. “We are thrilled to be doing business with SunBug, tickled to find ourselves in the position of being your 2000th customer, and deeply grateful for this gesture.”

“Congratulations to SunBug Solar on their 2000th installation,” said MassCEC CEO Steve Pike. “MassCEC is pleased to partner with John Hoogstraten and Eileen Keegan, and 5,500 other Massachusetts residents who have accessed clean, renewable solar power through the Mass Solar Loan program.”

SunBug Solar is a local, Massachusetts owned-and-operated solar energy consulting and installation company with offices in Arlington and Westfield, MA. SunBug Solar creates positive environmental and social impact by exemplifying our core values of responsiveness, resourcefulness, and reliability with our customers, within our industry, and among our teammates. Founded in 2009 and a Certified B Corporation since 2018, SunBug has clients across Massachusetts from Great Barrington to Cape Cod. We design and build all types of solar systems, ranging in size from 1kW to over 1MW, including residential, commercial, carports, and ground-mounts. Our integrated approach – from initial education through consultative design to quality installation and ongoing support – has earned SunBug the highest reputation for customer service, and a host of satisfied residential and commercial customers.