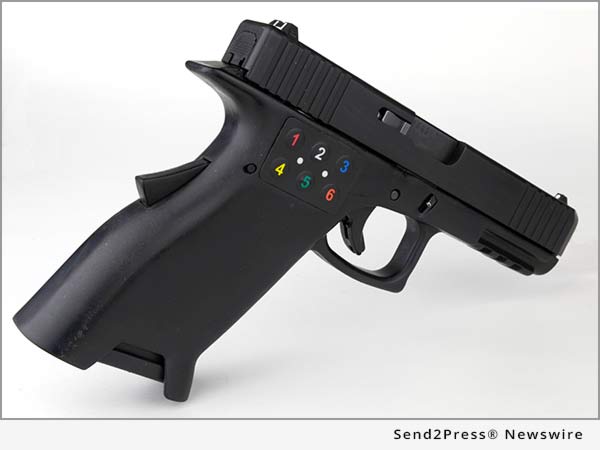 SAN DIEGO, Calif., Aug 04, 2016 (SEND2PRESS NEWSWIRE) — Safety first is not just a tagline, it’s the name of a new start-up company, Safety First Arms, LLC, that’s created a new gun technology designed to prevent unnecessary tragedy. Even with only a prototype, the company has already secured orders from two gun shops for more than $1 million for its Smart 2 pistol.

Safety First Arms has a 9mm pistol and AR-15 type rifle that prevent unauthorized use and are resistant to both tampering and theft. The pistol can be kept at bedside and the AR can be kept by the door or in a closet without risk of getting stolen or used by child, teen or perpetrator.

Unlike so-called “smart guns” that are based on unreliable fingerprint readers or RFID companion rings or watches, Safety First Arms has integrated a simple, electronic PIN code lock into its guns, just like those used for ATM machines and hotel room safes.

“The problem with these other designs is that they just aren’t practical,” Brian Weinberg, co-founder and engineer of Safety First Arms, says. “Fingerprint readers have unacceptable reliability issues in the real world where people where gloves or their hands are wet, moisturized or dirty. And, RFID rings and watches are not practical for most people and do nothing to protect against tampering and theft.”

The Smart 2 unlocks in less than a second after the owner grips the gun and enters their three to five-digit PIN. To relock, the owner just releases the grip and grip safety; this ensures that the gun is always locked when not in use and that if the gun is wrestled away from the owner or a police officer it locks automatically. To protect against unauthorized handling and theft, both guns are equipped with Theft Guard(TM) which sounds a piercing alarm, triggered by motion and keypad tampering.

Bob Allan, inventor and founder of Safety First Arms, says that “only Safety First Arms’ technology or a gun safe can prevent both unauthorized handling and firing by anyone from children and troubled teens to criminals.”

For more information and to watch a product demo, visit: http://safetyfirstarms.com/.

This press release was issued on behalf of the news source, who is solely responsible for its accuracy, by Send2Press Newswire. To view the original story, visit: https://www.send2press.com/wire/new-gun-technology-combines-safety-with-unmatched-accessibility/