BOSTON, Mass. /Massachusetts Newswire/ — Disney’s beloved catalog of songs will be reimagined by the Boston Gay Men’s Chorus (BGMC) in Disney PRIDE in Concert, a musical celebration of LGBTQ life, love, family, and perseverance, June 25-26, 2022 at Boston Symphony Hall. The show will draw inspiration from iconic Disney films like The Little Mermaid, The Lion King, and Mary Poppins; modern classics like Coco, Zootopia, and Wreck-It Ralph; and the magical music of Disney Parks. 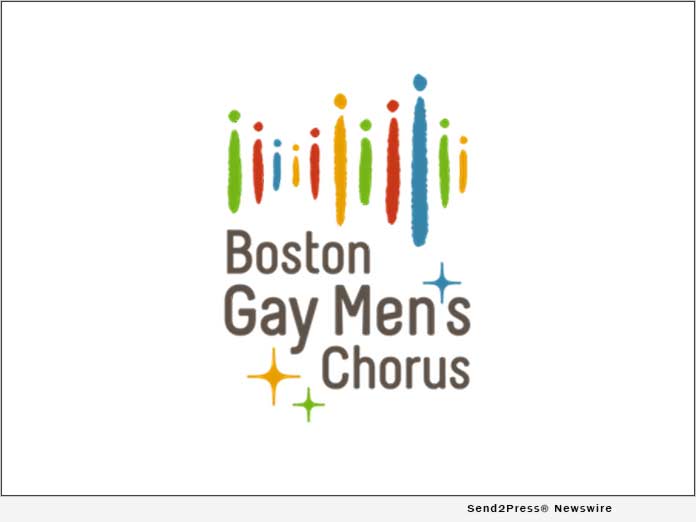 The multimedia extravaganza will feature BGMC’s 250-member chorus and a 20-piece orchestra performing sparkling new musical arrangements by BGMC Assistant Music Director Chad Weirick, accompanied by visuals designed by BGMC Director of Video Michael Willer using assets from Disney’s films and archives. Providing the narrative of the show, personal stories from an array of diverse chorus members will be interwoven throughout the musical performances, showcasing the individual meaning and connections drawn from Disney’s timeless and universal music. Tickets will go on-sale via the Boston Gay Men’s Chorus in early 2022.

“Disney movies and musicals have long resonated deeply in the LGBTQ community because they often mirror our experiences in a society that hasn’t always welcomed us,” said Reuben M. Reynolds, III, BGMC’s Music Director. “Characters are often struggling to fit in and to accept themselves, they long for a love that feels unattainable, they’ve lost their family of origin and had to create a new one, yet they persevere and find joy in life. They express their alienation, desire, and determination in beautiful songs that have given solace and empowerment to generations of LGBTQ people. Naturally, we’re overjoyed at the chance to make the thematic connections between the Disney canon and the LGBTQ experience explicit by infusing the music with the stories of our lives.”

Disney PRIDE in Concert is being produced in conjunction with Disney Concerts, the concert production and licensing division of Disney Music Group. It will feature all-new musical arrangements by Chad Weirick and a book by BGMC Executive Producer Bill Casey and Tom Choinski. Disney PRIDE in Concert will also be available for licensing in the future through Disney Concerts for performance by choruses around the world for all voice parts and voice configurations. This collaboration is the first time Disney Concerts has partnered with an organization to create an LGBTQ-specific concert package.

Disney PRIDE in Concert will take place during LGBTQ Pride Month, which commemorates a pivotal point in LGBTQ history: the Stonewall Riots of June 1969, when patrons of the Stonewall Bar rebelled and fought back against the constant anti-gay harassment by New York City police of LGBTQ people and spaces.

“Disney PRIDE in Concert will likely be the first in-person performance of the Boston Gay Men’s Chorus in two years. We think it’s the perfect way to come out of the pandemic to thank our singers, patrons and fans who have been so patient and supportive during the hiatus,” said Craig Coogan, Executive Director of the Boston Gay Men’s Chorus. “We are grateful to partner with Disney and share their commitment to showcasing the voices and stories of diverse communities, a value that is so close to our hearts, we’re coming back in a spectacular way. We can’t wait to perform this concert for audiences and have the show become part of the songbook for choruses around the world.”

The concert is part of BGMC’s hybrid 2021-22 season, which also includes a Holiday Special on WCVB-Channel 5 in December and the release of the documentary “Milestones” to mark BGMC’s 40th anniversary.

Disney Concerts is the concert production and licensing division of Disney Music Group, the music arm of The Walt Disney Company. Disney Concerts produces concerts and tours, and licenses Disney music and visual content to symphony orchestras and presenters on a worldwide basis. Disney Concerts’ concert packages include a variety of formats, such as “live to picture” film concerts and themed instrumental and vocal compilation concerts, and range from instrumental-only symphonic performances to multimedia productions featuring live vocalists and choir. Current titles include the Star Wars Film Concert Series (Episodes IV-VIII), Toy Story, Aladdin, The Muppet Christmas Carol, Disney Princess – The Concert, Coco, The Lion King, Up and The Nightmare Before Christmas, which in 2019 accounted for over 900 performances in many of the world’s top concert venues.

The Boston Gay Men’s Chorus is one of New England’s largest and most successful community-based choruses. Founded in 1982, the 200-voice ensemble is celebrated for its outstanding musicianship, creative programming, and groundbreaking community outreach. Under the dynamic leadership of Music Director Reuben M. Reynolds III, the BGMC sings a wide spectrum of classical and popular music and creates social change by providing a positive, affirming image of the gay and lesbian community. The Chorus is heard live by more than 10,000 people each season and thousands more through recording, television and internet broadcasts. CBS-WBZ named the Boston Gay Men’s Chorus one of the “top 5” choruses in the city of Boston. The Boston Business Journal in 2018, 2019, and 2020 named BGMC one of the top performing arts organizations in the city. BGMC is a Cultural Ambassador – being the first LGBTQ chorus to perform in Poland in 2005, the Middle East in 2015 and in South Africa in June 2018.